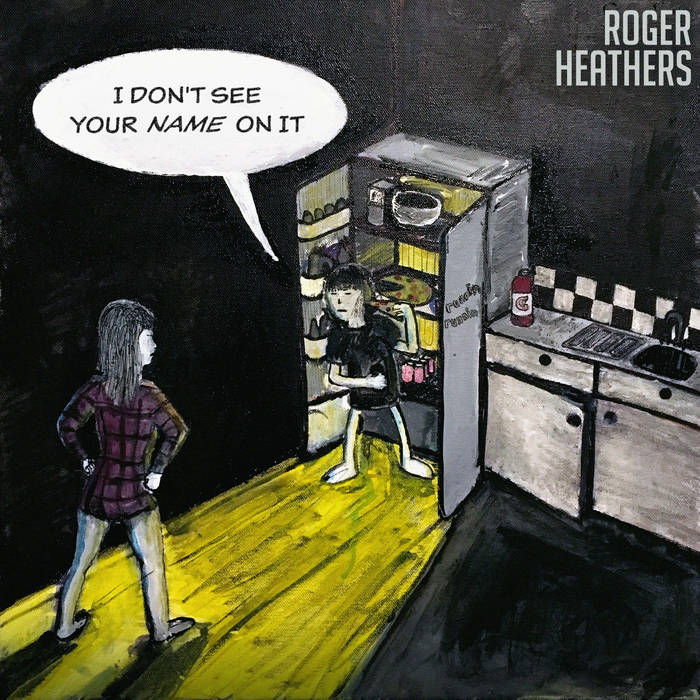 "I Don't See Your Name On It" is the sixth in a run of albums which are released every Boxing Day.

Written and recorded during 2017.

All instrumentation by Roger Heathers except where noted.

'Strawberry Gatorade' contains a sample from:
- King Of The Hill S03E01 "Death Of A Propane Salesman"

'Runnin'' Contains samples from:
- 'One Man's Ceiling Is Another Man's Floor' by Paul Simon
- 'Runnin'' by The Pharcyde
- 'Momma Miss America' by Paul McCartney
- 'Give A Little Whistle' from Disney's 'Wish Upon A Star'
- Something I can't remember where I sampled it from
- 'You Never Give Me Your Money' by The Beatles

'Romantic Single' contains a sample from:
- Again, I can't remember